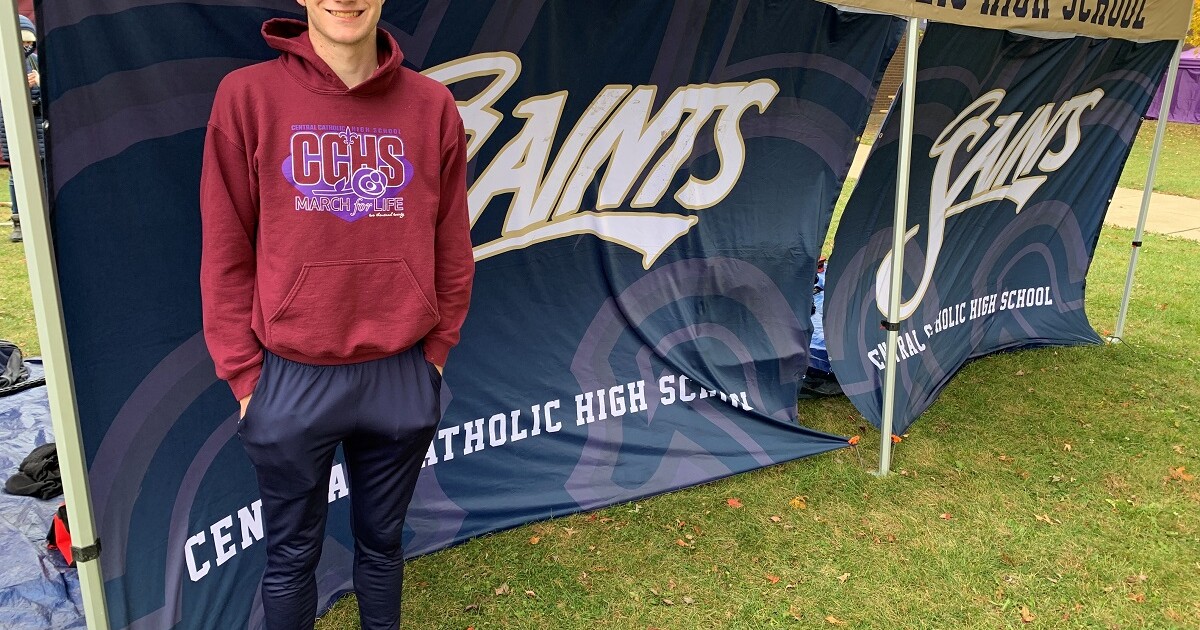 The coronavirus pandemic has given student-athletes plenty of free time over the past year as their sports have been put on hold. Josh Vogel, a final year student at Central Catholic High School in Bloomington, has been in some ways more active than ever.

Vogel is the first high school athlete WGLT featured for its Sound Ideas: Beyond Sports series.

Vogel competes in track and field, swimming and bass fishing at Central Catholic. He is also the captain of the school’s cross-country team. It is one of the few sports that has gone uninterrupted this year. The schedule changes allowed him to devote himself to another sport, football.

“It was good. I always wanted to play football and now football has been moved to spring and since the track moved from spring to summer I was able to play football besides swimming , cross country and track, “said Vogel.” It’s been hectic, but it’s pretty good for me that it turned out that way. “

Josh’s father, Scott Vogel, is the public address announcer at Central Catholic. He proudly shared a moment when he called out his son’s name after Josh made an acrobatic capture in a recent match.

Vogel said it was a challenge playing sports while wearing a mask and following all COVID-19 protocols, but said he didn’t mind as long as it gave him a chance to play.

“Masks in soccer (aren’t) a lot of fun, but people are just happy to play,” Vogel said.

Cross country isn’t considered a team sport like football, but Vogel unwittingly showed how being a good teammate can help others.

Vogel raced well enough in the track regionals that he would have qualified for the sectional competition, but was disqualified for wearing the wrong bib number. His teammate Will Foley qualified in his absence.

“I was sad at first. I was really upset, but realized that I didn’t want this mistake to define who I was and show everyone that I was a coward, ”said Vogel. “I wanted to bounce back and help my teammates. And show what a chef and a captain are supposed to do.

Vogel has an average of 4.0 in Central Catholic. He is a member of the National Honor Society and is part of the CCHS School Bowl Team. He also participated in school plays and musicals.

He plans to study mechanical engineering at Southern Illinois University in the fall. He wants to help design electric vehicles, either at Rivian Automotive in Normal or at another electric vehicle manufacturer.

“It would be pretty cool to stay here and help the community a little bit,” he said. “I really want to do something that helps the environment.”

Vogel said he predicts the day will soon come when electric vehicles will become the dominant mode of transportation.

“The sooner the better, I think, because right now the gas is skyrocketing. The oil will eventually run out, may well start making that change now, ”he said.

Editor’s Note: WGLT has corrected this story to reflect the disqualification that occurred during a regional cross country competition.

Community support is the main source of funding for the WGLT. Donations from listeners and readers mean that local news is accessible to all as a public service. Join the village that feeds the public media with your contribution.